John Smith, a 14-year-old Missouri boy, fell into icy Lake St. Louise in St. Charles, Missouri on Jan. 19th. John dropped deep into the 40-degree water and was submerged for about 15 minutes before first responders arrived. CPR was performed on him — on the scene and in the hospital — for about 45 minutes with no heartbeat.

After John didn’t have a heartbeat for 45 minutes doctors called his mom, Joyce, into the room so she could say goodbye because they believed he was gone. 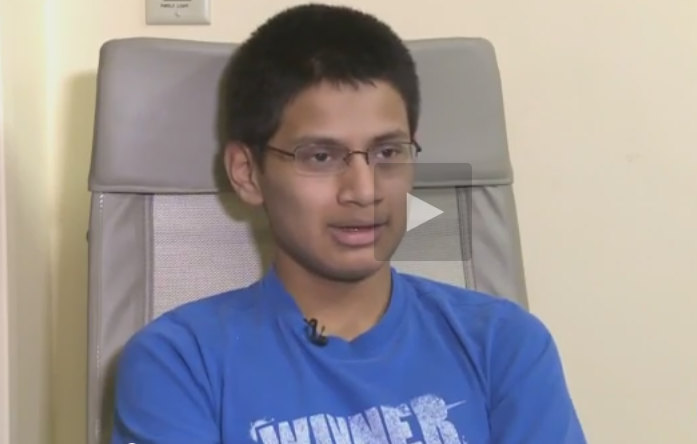 John’s mother began praying loudly with her unconscious son nearby and within a matter of a minute or two, his heart started beating again.

The 5-foot-3 teen’s body temperature had been at 88 degrees and doctors were still worried that he could die within days if not hours. Within 48 hours of regaining a heartbeat, John opened his eyes. But even after he woke up, doctors weren’t immediately sure that he would be the same. John had been without oxygen for much longer than the time it takes to cause major brain damage.

Doctors did say the fact the water was cold actually helped but for John’s brain to have gotten cold enough to be protected from the lack of blood flow and the lack of oxygen really is a miracle in itself. Not only did John survive — his brain functions returned to normal. Doctors are amazed at his recovery and said they expected his injuries to be much worse.

So what does the tenacious teen, who loves playing basketball think about his brush with death? John said this to the media: “I’m surprised I’m alive but it’s a real miracle that I’m alive and I thank God I’m alive and there’s a reason I’m alive, so I’m just going to kind of follow what God has in store for me throughout my life.”