As we close out the year, here is our own top ten list of individuals who have inspired us by their courage, choices and tenacity in making a powerful contribution to humanity. Enjoy these heart-warming videos that carry a message of inspiration and motivation in creating joy for others.

Malala Yousafzai – Peace in Our Midst 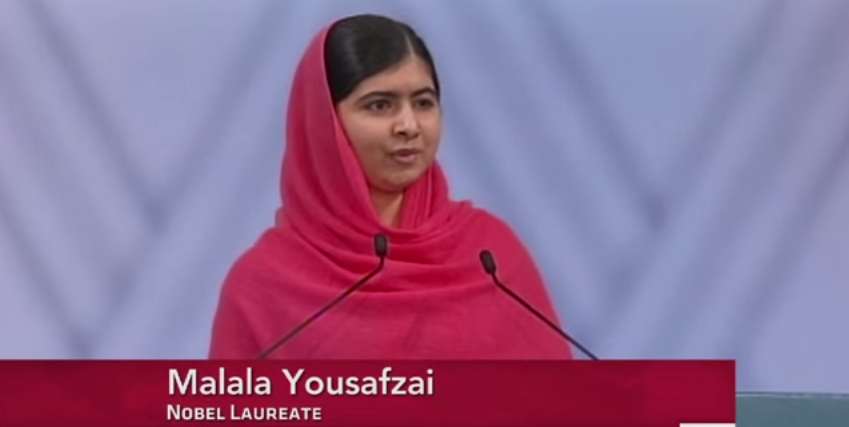 She might just be the most famous 17 year old on the planet right now and rightfully deserving of the spotlight. Malala Yousafzai is the youngest person, at age 17, to win the Nobel Peace Prize.

“The terrorists thought they would change my aims and stop my ambitions but nothing changed in my life, except this weakness, fear and hopelessness died. Strength, power and courage were born.” ~ Malala Yousafzai 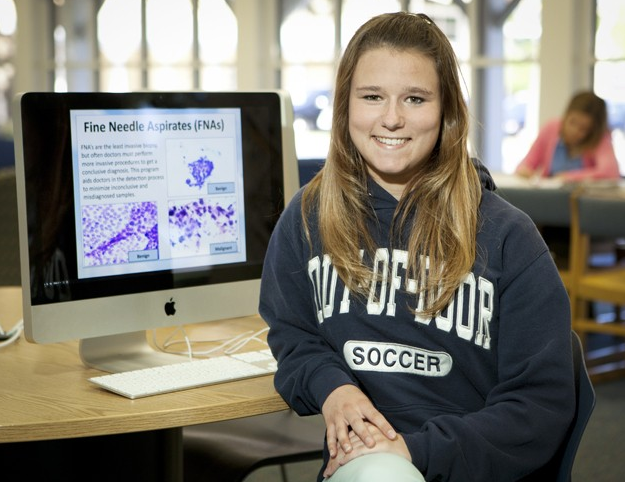 Brittany Wenger is another of the new generation of “change agents”. A 20 year old college student attending Duke University , Brittany was recently named one of TIME magazine’s Thirty Under Thirty people who are changing the world with their ideas.

Brittany won the Google Science Fair Prize in 2012 for developing a computer program that successfully detected over 99 percent of malignant breast tumors in a test set. Brittany’s breast cancer test, which has its own app, is now in beta tests with two cancer research centers.

We heard about Brittany’s work first hand because she just happens to be from our local community in Florida which makes us especially proud.

“If you find your passion, just follow it and have the persistence to stick through it. I mean, for me, the breast cancer program failed completely two times before it succeeded. But what’s great about science is that you learn a lot from those experiments. They can really help you move forward.” ~ Brittany Wenger 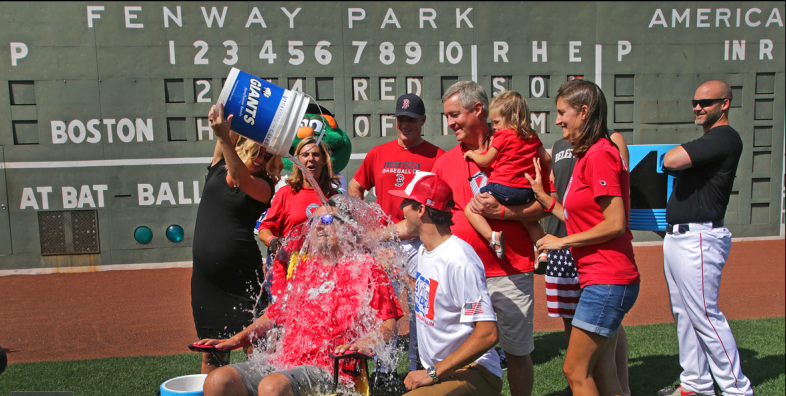 By now you’ve seen countless friends, family members, athletes and celebrities participate in the challenge by dousing themselves with a bucket of ice water, but how did the incredible movement start?

Meet Peter Frates, the determined man behind the ALS bucket challenge – the viral phenomenon that swept the nation this year. Although the ice bucket challenge isn’t new, credit Pete for using it for ALS and for making the challenge go viral.

For Peter, the mission to fight ALS and change the world is personal. A former Boston College baseball captain Peter Frates, was diagnosed with Amyotrophic Lateral Sclerosis (ALS), also known as Lou Gehrig’s disease in 2012 at age 27. Thanks to the viral campaign this past summer, a staggering $100 million plus has been raised for ALS research.

“I want the 100th anniversary of Lou Gehrig’s speech to be a celebration of a courageous man who became the poster boy for a disease with a cure, not a cruel reminder of how nothing has changed in a century.” ~  Peter Frates 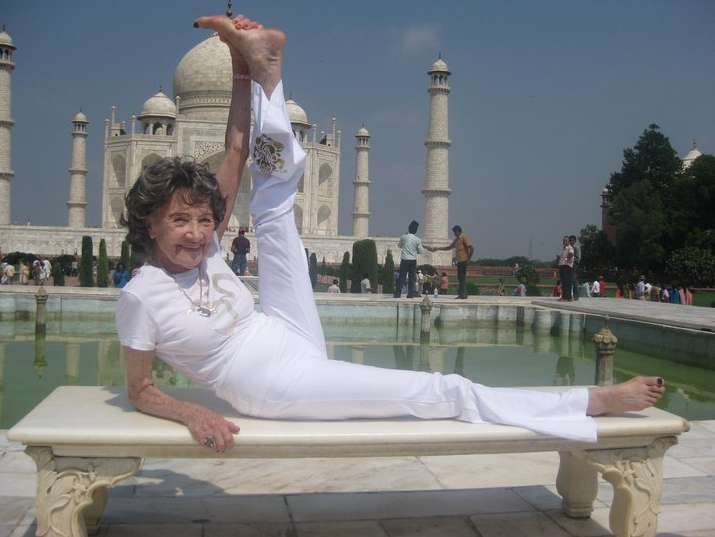 Tao Porchon-Lynch, at 96 is in the Guinness Book of World Records

Tao is on our list simply because she is a-m-a-z-i-n-g!  She has been practicing yoga for 70 years and teaching for over 45 years. Tao has had three hip replacements, a broken wrist, a fractured finger and a car accident that left her slightly deaf in one ear, but yet has gone on to win more than 720 dance competitions since 2005.

Known for her positive outlook, Tao says fear never enters her mind and neither does negativity. Whatever she does, she says she never thinks of getting old because her age is just a number.

“I simply wake up and know that this day is the best day of my life! This is my meditation. Nothing is impossible.” ~ Tao Porchon-Lynch

Regardless of your position on this controversial topic, we include Brittany in our list of inspiring people for her courage and persistence in fighting for her right to choose.

This 29 year-old wife, suffering from terminal brain cancer, took medication to end her life under Oregon’s ‘Death with Dignity Act’ on November 1, 2014. Brittany made an informed choice to die in the face of the inevitable progression of a painful and incurable illness. She became a prominent spokeswoman for the ‘Death with Dignity’ movement which advocates that terminally ill patients be allowed to receive medication that will let them die on their own terms. Despite criticism from those who opposed her views, Brittany believed it was the best option for her and her family. RIP Brittany.

“It is people who pause to appreciate life and give thanks who are happiest. If we change our thoughts, we change our world! Love and peace to you all.” ~ Brittany Maynard

Read How Brittany Lived her Life on her Own Terms 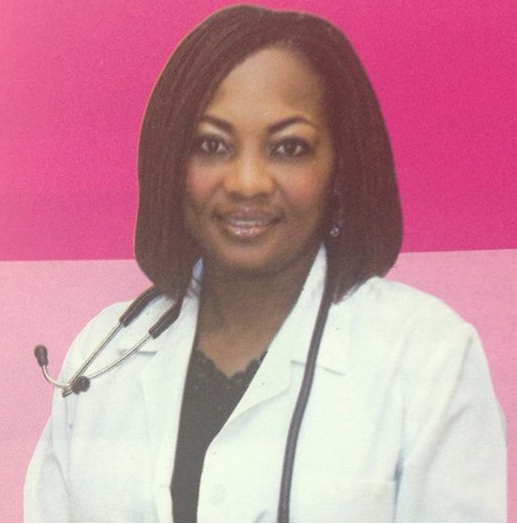 Dr. Stella Ameyo Adadevoh is the brave physician who is widely heralded as the heroine who helped Nigeria, Africa’s most populous nation, avoid a devastating outbreak of Ebola.

We honor her selfless act of courage in stopping Patrick Sawyer, the Liberian-American diplomat who had Ebola, from escaping the hospital to seek treatment with a faith healer. She knew that he was infectious and it was her impressive piece of diagnostic work in detecting his Ebola that raised the red flag.

In his fight to be released, Mr. Sawyer intentionally sprayed her with tainted blood but she stood her ground, refusing to let him leave and potentially infect hundreds of innocent people. Dr. Adadevoh contracted Ebola and succumbed to the disease eleven days before Nigeria was declared Ebola free.

A truly exceptional doctor, she had the Hippocratic Oath hung next to her certificate of Medicine opposite her desk in her consulting room. When asked why she had that there, she said:

“If you don’t believe in it, you shouldn’t be here”.~ Stella Adadevoh

Stella died true to her oath and calling. 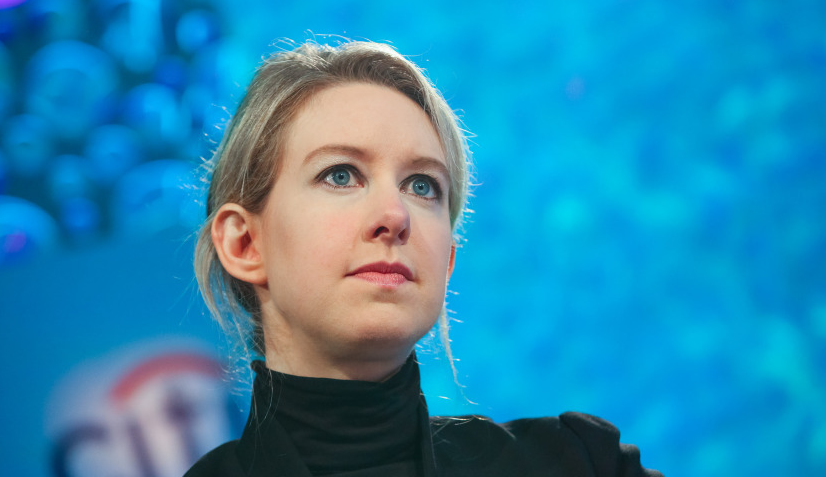 Elizabeth Holmes is a woman with an intense drive to upend the lucrative business of medical blood testing. At only 30 years of age, she is CEO of Theranos, a Silicon Valley company worth close to $9 billion. We had to say kudos to this powerhouse accomplishing outrageously valuable breakthroughs that could represent a major change in how health care is delivered.

Blood analysis is integral to medicine. When your physician wants to check some aspect of your health, such as your cholesterol or glucose levels, a blood test is often required. This typically involves a long needle and several blood-filled vials, which are sent to a lab for analysis. Currently, diagnostic lab testing generates seventy-five billion dollars a year in revenue.

Elizabeth’s company has developed blood tests that can help detect dozens of medical conditions, from high cholesterol to cancer, based on a drop or two of blood drawn with a pinprick from your finger at a fraction of the current cost. She has proven that blood testing can be done more quickly, conveniently and inexpensively, and that lives can be saved as a consequence.

“I have done something that has changed people’s lives. I would much rather live a life of purpose than one in which I might have other things but not that.” ~ Elizabeth Holmes

At age 46, Desmond Meade is fueled by a renewed purpose in life. He is another local hero who is drawing on his personal experience to guide his work and serve others. That is why he made our top ten list.

Desmond’s career in the U.S. Army ended after he was caught stealing liquor. Subsequent drug convictions led to a 15 year prison sentence. He ended up homeless but after completing a drug treatment program specifically designed to help the homeless through their recovery, Desmond turned his life around. He became a lawyer and is now the director of Lifelines to Healing Campaign, a program that aims to address and end the root causes of violence in cities across the country.

“I realized all the pain and suffering I went through all my life became worthwhile when I used it to help someone else, I realized that was my purpose – to help those less fortunate.” ~ Desmond Meade 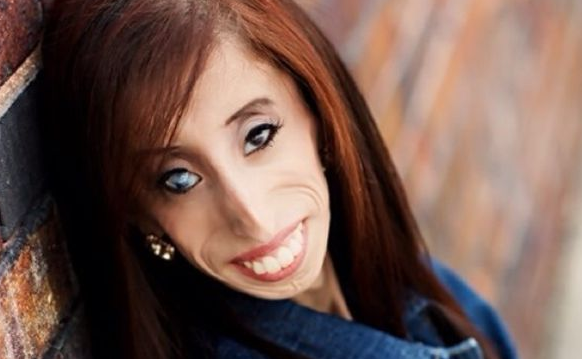 Elizabeth Ann “Lizzie” Velásquez was once known as the “ugliest woman in the world” but has risen above it all to become a motivational speaker, author and currently working on an anti-bullying documentary of her life.

We are Lizzie’s fans and cheering her on all the way! She is a 27 year old who was born with a syndrome so rare that it doesn’t even have a name but she has miraculously turned what she once considered a curse into her life’s biggest blessing and we deeply admire and respect her for that outlook and her determination.

“My parents said you can have your one good cry and let it out, but you have to pick your head up and move on to something positive. And for me, that was in the form of setting goals, speaking out against cyber bullying and reaching out to the media so people could hear my story.” ~ Lizzie Velásquez

Read More on Lizzie and her Anti-Bullying Campaign 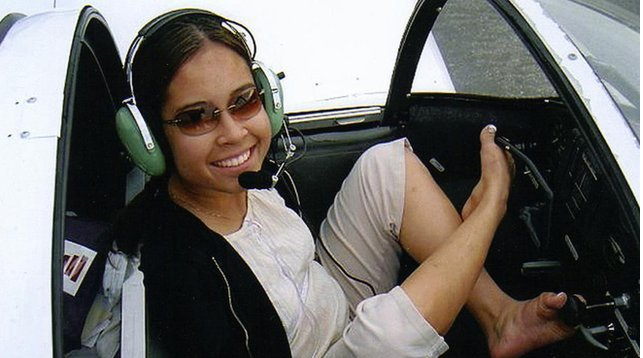 Jessica Cox believes she has an amazing life and loves her work as a motivational speaker and advocate for the disabled.

On February 2, 1983 at a hospital in Sierra Vista, Arizona, a baby came into this world without arms as a result of a rare birth defect. With incredible perseverance and faith, Jessica Cox has learned to do all of the things that hands are used for with her feet.

Against all odds but with unmatched faith and the help of her family, Jessica put herself through high school and then college, typing papers with her toes. She got her driver’s license and then astonishingly, her pilot license – a feat that landed her in the Guinness Book of World Records as the world’s only armless pilot. We are in awe of Jessica’s accomplishments and extreme courage as she turned her so-called disability into a powerful tool to change things for others – Jessica Cox is a symbol for what the human spirit can achieve

“My message is that disabilities are not limited to physical. They shouldn’t stand in the way of success, there’s no handicap to success.” ~ Jessica Cox

Spread the love this holiday season and beyond!