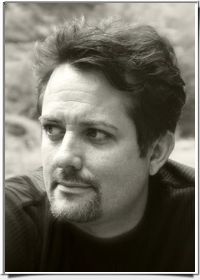 Transformation Tool of the 21st Century

[content_box width=”85%”]Modern Day Mystic Peter Schenk is part of the new generation of spiritual visionaries who are on the cutting edge of consciousness and awakening. He is a very contemporary energy healer, research engineer and software designer whose programs and services has united people from around the world. Peter teaches how to let go of the fear in people’s lives. He has an array of software programs that are fun, easy to use and gets results for people to align with their passions, reclaim their freedoms physically, mentally and spiritually and finally live the life they’ve always wanted!

Peter worked for one of the world’s largest banks for most of his fifteen year career. He learned the basics of his trade at Boston’s Wentworth Institute of Technology where he earned a BS in Computer Engineering.

So the majority of his early life was invested almost entirely into this intellectual aspect of life. But in the summer of 2004…..there was a new calling ….he followed the strains of a “new song” forming from somewhere deep inside of him. This led him to believe that a new application for digital technology was possible bridging the digital and spiritual realms that imbues specific frequencies into water and carries the frequencies of Higher Universal intelligence and Love. It all starts by simply programming water through a software program….place an intention and the results when they come in are staggering!

Harness the Power in Your Water Today!!

Listen to the Call